Ms Alia Papageorgiou – Vice President Association of European Journalists in Brussels. Alia Papageorgiou is a social media specialist who draws on over 12 years of journalism and digital editorial experience. She has led and reported in print newsrooms which were early adopters, including Brussels’ New Europe of which she was Managing Editor in 2012-2013. She worked as a journalist for eight years in Brussels accredited to the EU institutions. Most recently she was Press Officer at the EU Delegation to Australia for three years.

Mr Ernest Sagaga – Head of Human Rights and Safety Department at the International Federation of Journalists. He served as the first official spokesperson of the International Criminal Court in the Hague and, before that, worked as a journalist for the BBC World Service in London. He has expertise in communications, international human rights and humanitarian law and is a regular commentator on press freedom issues in international media, including the BBC, Al Jazeera and RFI. He is responsible for putting together the IFJ’s annual report of journalists who died working.

Special participation – Maria Laura Franciosi, Founding Chair of the Press Club Brussels and Alberto Spampinato, the president of “Ossigeno per l’informazione” (www.ossigeno.info) who created it over 10 years ago to inform about the cases of journalists who are threatened because of their work and need police protection 24/7 or are subjected to lengthy vexatious litigations. Scores of journalists have to suffer this in Italy and elsewhere in Europe.

The Association of European Journalists (AEJ) in Belgium is an independent non-profit vzw/asbl under Belgian law. The association’s overall aim and mission are to promote critical journalism in the European integration process, to defend media freedom in Europe and to promote cross-border journalism.

The AEJ brings together professional journalists, mostly correspondents who report on the EU and its institutions on a daily basis. Our broad press membership has a keen, general interest in Europe and includes freelance contributors to television and radio, national, regional and specialist newspapers, periodicals, websites, blogs and other new media, as well as university and college students and scholars in the field of journalism and media innovation.

The AEJ in Belgium also brings together media experts and professionals, academics, public relations and communication professionals, civil society advocates, political and business leaders with the aim to enrich the dialogue on media matters, and facilitate the growth of the profession, in a very troubling time for the industry and the profession. 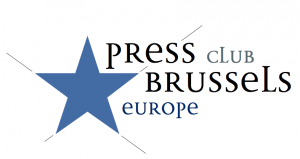