War and Media: the shift in Ukraine 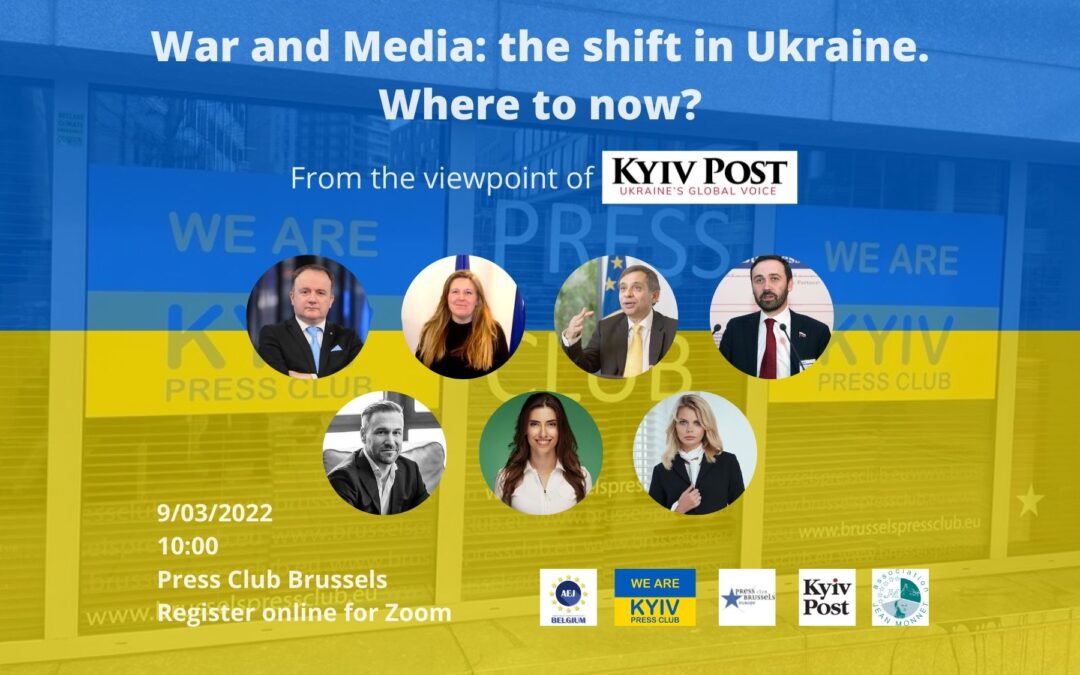 The Russian aggression shows that peace in Europe is a fragile constellation, in danger of completely collapsing. Ukrainian President Zelensky hammers on the fact that his country is fighting for all of Europe and is requesting EU membership as a concrete sign of effective solidarity. The efforts towards this are far from evident and need several concrete steps that are not yet seriously visualised.

Kyiv Post is a defender of Zelensky’s idea. What do they expect from it?  Jean Monnet and Robert Schuman are famous for calling for creativity in crises and further unity. What lessons can we take from them? Is the media landscape present in Ukraine today up to the challenge of helping to anchor Ukraine in a united Europe?

The Belgian section of the Association of European Journalists with the Jean Monnet Association, in cooperation with the Yuste Foundation, is organising a discussion with the Kyiv Post. The discussion will be held both in-person in the Press Club, Rue Froissart 95 in Brussels, as well as online via a Zoom conference:

Henri Malosse – President of the Jean Monnet Association and the think tank Vocal Europe. Former President of the European Economic and Social Committee (EESC). The only President of a European Union institution present at the Maidan events in 2013 & 2014 and has been blacklisted by the Russian authorities since then.

Maria Mezentseva- Head of the Permanent Delegation to the Parliamentary Assembly of the Council of Europe, Deputy, Verkhovna Rada of Ukraine, in charge of the integration of Ukraine into the EU.

The Press Club is a social and business meeting place for professional journalists, both Brussels-based and visiting.

The AEJ Belgium aims to promote critical journalism in the European integration process, to defend media freedom in Europe and to promote cross-border journalism.

Jean Monnet Association:  Since it was established in 1988 at the occasion of the Jean Monnet memorial Year by his friends and former collaborators, its principle mission is to transmit the memory and the ongoing spiritual value of the actions of one of the main founding fathers of what is today the European Union.

This event is in partnership with: