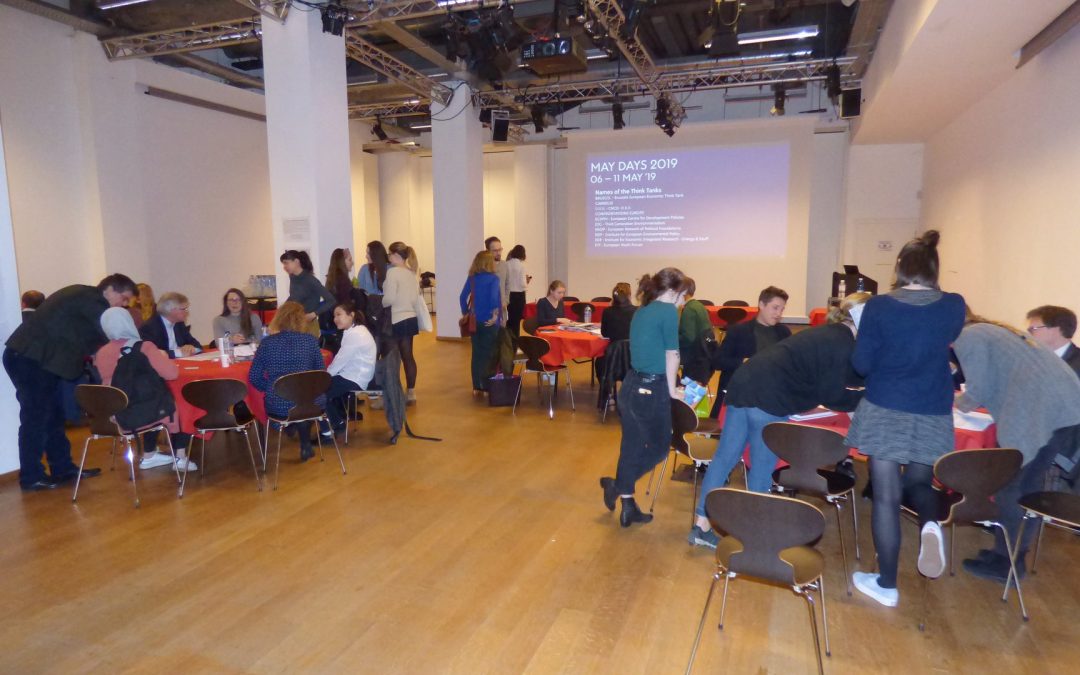 On May 9, AEJ Belgium organized with Bozar a Speed dating event with students, young professionals and Think Tanks covering European Affairs. Many young people got in contact with think tanks and political foundations to discuss politics, economy, environmental policies and much more! Special attention was given to climate issues and sustainable development.

Soukaina Benamar young journalism student in the first photo from Erasmus hogeschool interviewed us about that day! We are expecting to share her story with you soon.

Thank you to all the people who joined us on Europe Day 2019! 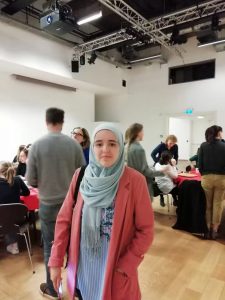 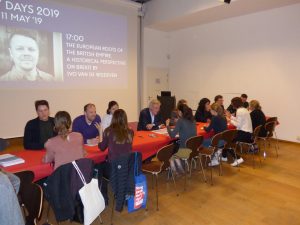 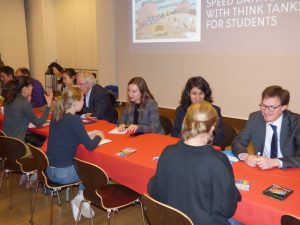 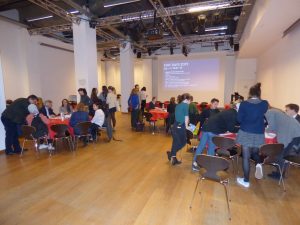 Brussels is home to numerous think tanks. They all feed the political debate with studies, papers, new insights, and propositions. But their work often remains under the radar of the mainstream media and the general public. From the start of European integration in the 50s until now Think Tanks have accompanied the making of the EU. The “Action Committee for the United States of Europe”, a personal initiative taken by Jean Monnet after his retreat from office at the ECSC, the first European supranational institution, could be seen as a first powerful example of this. Jean Monnet was the instigator and author of the Schuman Declaration on May 9, 1950, that signified the start-up of what now has become the European Union. To recall this May 9 has been officially declared Europe Day back in 1985 by the European Council. When politicians take center stage to address their voters, their speeches are often based on the research conducted in think tanks. When opinion leaders or journalists write their essays or editorials, they are often inspired by reports or studies published by think tanks. by reports or studies published by think tanks.

Bozar in collaboration with the Belgian section of the Association of European Journalists and the Evens Foundation offered to 120 students (age 16-26) the opportunity to speed date with representatives of several Think Tanks active in Brussels and working on European Affairs on Europe Day.