PRESS RELEASE: International conference on freedom of the press in Europe 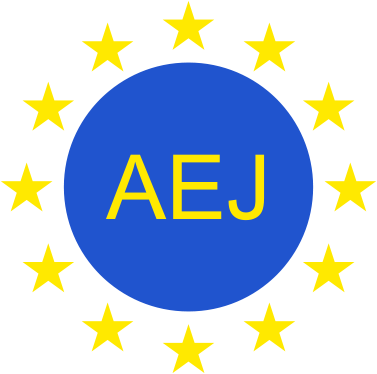 The Association of European Journalists (AEJ) organises an International conference on freedom of the press Europe on 6 December, in Paris, on the occasion of its annual congress.

Europe is the part of the worldwhere press freedomhas deterioratedthe most in recent years. While European journalists enjoy a generally privileged situation compared to many other regions of the world, Europe is no longer a completely safe place for the profession and for press freedom. The erosion of the ‘European model’ is all the more obvious given the current trend of societies towards polarization, which is making public debate increasingly fraught.

Guest speakers at the Conference will include public figures representing major European institutions, media organisations and press freedom NGOs, as well as AEJ journalists from 15 national sections. We have chosen Paris to give the conference the widest possible impact. It will highlight the acute threats to media freedom and to the vital role of the media in the democratic process in contemporary Europe. Conclusions and recommendations from the gathering will be communicated to the relevant authorities inUNESCO, the Council of Europe and the European Union.

The conference will also lead to a call to the European institutions and countries launched by all the national sections of the AEJ, Reporters without borders, the European Federation of Journalists, the European Centre for Press and Media Freedom and South East Europe Media Organisation.

Organized by the French sectionof the AEJ,the conference isunder the HighPatronage of the Council of Europe, in partnership with UNESCO. It will take place in the Organisation’s premises.

The Conference,open toall delegates fromthe European sections of the AEJ, will offer someof them the opportunity totestify for the first time on the restrictions of freedomthey encounter

in their country before journalists, politicians and NGOs representatives. Students from the Jean-Monnet highschool in Juvisy-sur-Orge will also be present. The conference is open to accredited journalists.

The conference will revolve around four panels on as many topics:

Europe is not a safe place for journalists anymore Never in recent history have journalists in Europe been as threatened and at risk as today. Political or financial pressures, discredit, murders, intimidations or self-censorship, their environment becomes more and more hostile. What reaction should European journalists have? How can they find their place back in the democratic systems?

Is an informed public debate still possible at the time of disinformation? The Brexit referendumandthe nationalandEuropeanelections have beensulliedby a growing number of political manipulations. It has come to a point where having a serenepublic debate and being correctly informed get more and more difficult. What weapons are atthe service of European news media?

#JOURNALISTSTOO If gender equality is in a better state in Europe than anywhere else in the world, female journalists across the continent are also victims of sexual and moral harassment.

9AM till 6PM at UNESCO headquarters, in Paris. Entrance from 125, avenue de Suffren.