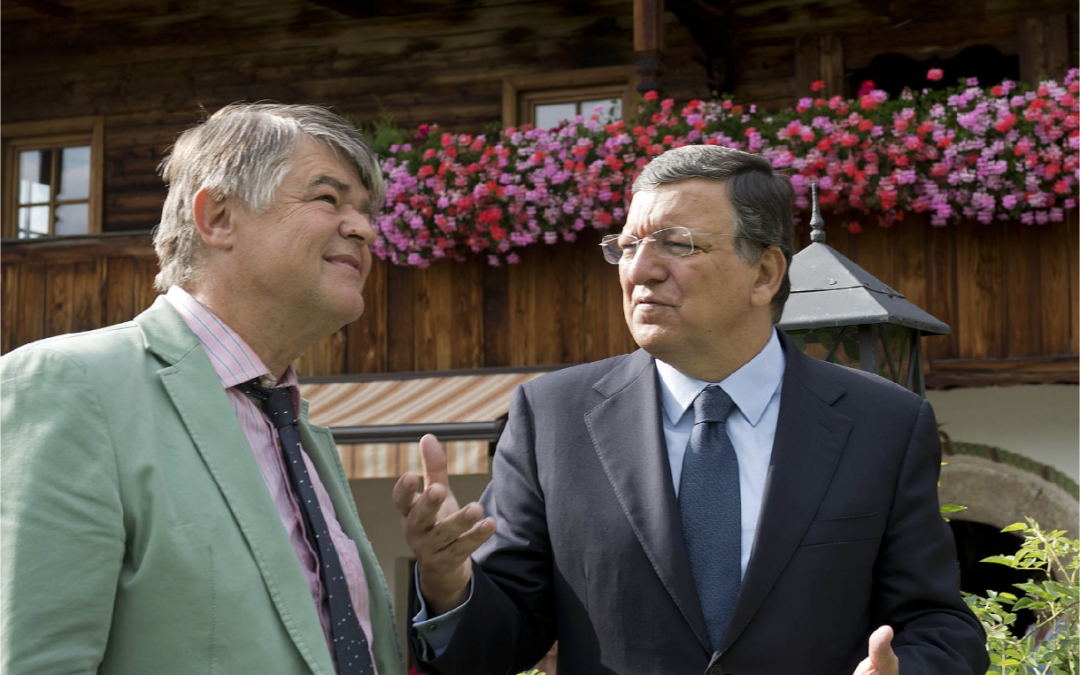 Our international President Otmar Lahodynsky has given his thoughts on recent legislative initiatives taken by the European Commission and the importance of the EU Media Advocacy Working Group of which AEJ and its Belgian section are active members.

Otmar is finishing his mandate as President of AEJ and conceded an exclusive interview to Alena Bieling of the Belgian section.

His own wishes are further to be found here.

Mr. Lahodynsky is the president of AEJ International and coming close to the end of his third and last term in this function. He has a long history in media and since 1999, he serves as European editor for the Austrian weekly news magazine “profil”, for which he has interviewed well-known personalities such as Romano Prodi, Angela Merkel, Michail Gorbatschow, and the Dalai Lama.

He has also published various books and in 2019, he received the Dr. Karl-Renner-Publizistik-Preis for longstanding and outstanding journalism.

How do you perceive the importance of advocacy in relation to the media and the EU Media Advocacy Group?

I think it is always good when NGOs cooperate, especially if it is for a good cause such as media freedom. When AEJ was founded in 1962, the founders argued that European integration is much too important to be left alone to politicians, and I think that this still holds true. It is impressive to see how many interesting and good-working NGOs and also political groups work together in the EU Media Advocacy Group. I think that our unity makes us stronger.

Why is AEJ a part of the Group?

It is not only about unity but also about having a bigger impact on the cause, which in this case is functioning journalism and media, media freedom, and media pluralism. The EU has for too long neglected these topics and has taken them for granted. Even though there was always a huge pool of spokesperson available for journalists to receive information from, the EU did little to actually interfere in media and to address topics such as financing and political influences on the media. I think that by now, the EU has finally woken up and has started acting on these issues – better late than never.

Moreover, being part of a group gives you several advantages. One year after the coup, I went to an organized visit in Turkey. We were on a fact-finding mission that I could have done on my own, but it made it easier to do it with a group which gave us much better contacts for example.

Is it difficult to make journalists and media organizations collaborate in such a way and if yes, why?

Cooperation amongst journalists has definitely improved in the last years. Yet, journalists are typically very individualistic. We all have our own approaches to our work, which is why collaborating in groups becomes tricky. We usually also have very little leisure time, which is not very motivating to do extra volunteer work. This is also true for AEJ. We have had times where it was very difficult to attract enough members. However, since the freedom of media has come so massively under attack, we could even open new sections, such as in Albania. In my experience, once journalists get to look over the border and see that their colleagues abroad are facing similar problems, they are more than ready to cooperate.

Do you think the EU Media Advocacy Group is a good way to have impact on decisionmakers when they are preparing legislation that impacts the job of journalists?

EU politicians usually react in positive ways to our input, even when we criticize some of the developments. AEJ recently talked to Věra Jourová, Vice President of the Commission. To recall, members of the EU Media Advocacy Group joined forces in September and sent a letter in support of Mrs. Jourova to the presidents of the European Commission, Parliament and Council, following the attacks by Hungary’s Prime Minister and his government. Mrs. Jourová said that she was very glad about the support she had receive from the Group and that it was very helpful. She also promised to keep regular contact with the Group. There you can see that the EU Media Advocacy Group has its purpose and that by joining forces, we could make a bigger impact.

Another example is a letter that we sent in September to the German EU presidency concerning the creative Europe budget. The last year has been a terrible year for journalism, especially quality journalism, which is why we asked for more financial support for the media sector. The letter was what I would call a partial win. Some more money was allocated to some funds, but above all, we won by being taken more seriously.

What do you think about the new European approach to these issues?

I think that especially Ursula Von der Leyen perceives media freedom as something important that is currently under threat and that she recognizes that it is time to act. Decision-makers within the EU have come to understand that they need to tame the big giants, such as Facebook and Google, and that real regulatory work is needed for this. This stands in contrast to the former European Commission whose approach rested heavily on self-regulation. But we have seen that self-regulation, as it was the case for the past 20 years did not work. Europe was simply reacting to the giants’ line of politics who were additionally taking away advertisement and hence income possibilities from EU media. It was not a level playing field anymore and the EU could definitely have reacted to this earlier. Yet, I see it as an advantage that the EU now finally woke up and that new directives are coming.

However, there are still many improvements to be done. The EU should for example make it easier for small NGOs such as AEJ to apply for funding. Right now, the whole process is just too difficult for many organizations.

Another example concerns SLAPP suits which are a form of legal harassment, pursued by powerful individuals and organisations who seek to avoid public scrutiny and directed against journalists and media organizations. Before she was killed by a car bomb in 2017, the Maltese journalists Daphne Caruana Galizia had no less than 47 lawsuits pending against her. This is not acceptable since it prevents journalists from doing their work properly. That is why there has to be EU regulation on this.

Moreover, the work done on the protection of whistleblowers, even though promised for many years, has simply not been sufficient. And this is such an important topic. Journalism has the duty to investigate the illegal workings behind the scenes and the public has a right to know about them. This is what we as journalists are proud of.

What about the European Democracy Action Plan (EDAP) and the Digital Service Act (DSA)?

The European Commission seems ready to act against any actor, both foreign and within Europe, that tries to impose their will on citizens with the help of disinformation, fake news or reducing the role of the independent media. The so-called micro-targeting of specific groups to influence voters by platforms, as Cambridge Analytica did in the US and before the Brexit referendum in 2016, will be monitored more closely under the new rules. As a result, the existing code of conduct will be supplemented by a new coregulatory framework.

Another step that the EU should consider is to force these internet giants to have at least one little office in each Member State. Like that, it would be easier for the public to call and send emails which in turn would make them more accountable to their actions. France, Germany, and Austria already have such a law in place, yet, common EU legislation would of course be better.

You serve AEJ as president for three terms already. What would you say were your biggest successes and disappointments during that time?

I was first elected as AEJ International president in 2014. My first speech as president was about strengthening AEJ’s work around European integration. It took some time, but we managed to organize many international events on the topic with very interesting speakers, such as Commissioner Johannes Hahn, who is responsible for the EU budget, or Valdis Dombrovskis, who is now Executive Vice President of the Commission. Another example is a Congress on Brexit that we hosted 2 years agon in Killarney, including heated debates between the former Irish Foreign Minister Charles Flanagan, who was very angry about the quick passing of law in the House of Commons to enable Brexit, and the British Ambassador who was trying to justify Brexit. These kinds of events are very important for journalists because they present a possibility to receive first-hand information. Hence, in general, I think that one of the biggest successes was that we managed to strengthen the European pillar of AEJ during my terms as president.

Concerning disappointments, I think the biggest was that we have seen two journalists being killed inside the EU, doing their duty, in the past years. This has never happened before. Additionally, many of the people responsible for the killings are still not revealed. We have urged the EU to do something on this issue and to improve journalists’ security, yet you can still see journalists being arrested in France and our Vice President has just been arrested while filming demonstrations in Albania.

Another disappointment concerns the topic of disinformation. Even twenty years ago, there was disinformation. This was at a time when one of my colleagues was Boris Johnson – a man who eventually succeeded and became Prime Minister. What I have learned from this is that we cannot let disinformation have too much impact. We must always go to the polls because the outcome is never for granted. And we have to fight for Europe – maybe not every day – but every week anew.