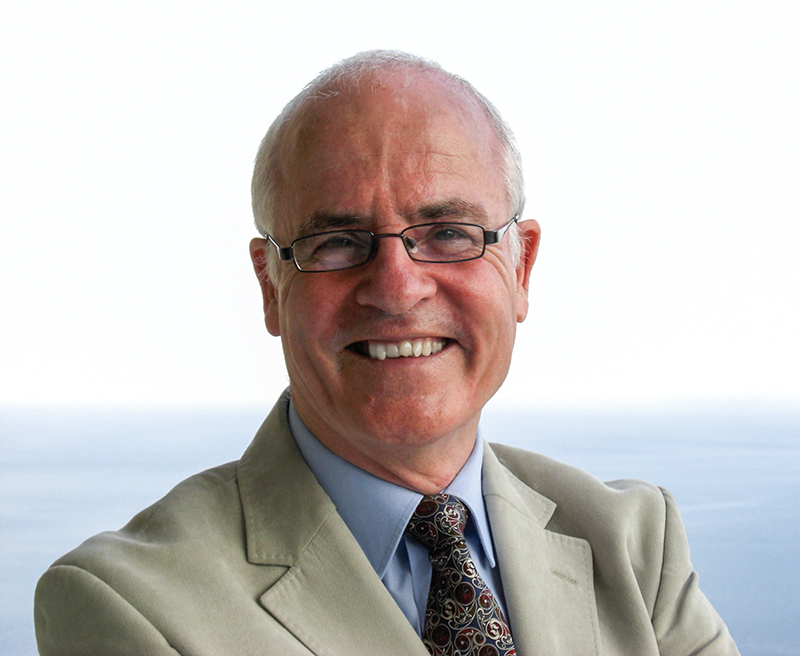 Aidan White on migration, populism, and the future of the media

“We are living in a period in which media and journalists are trying to make sure that they are behaving ethically and transparently and that they are creating brands which the public can trust. At the same time, we have policymakers struggling to regulate the internet and enormously powerful companies that do not really want to help them do it. And we have a public which is confused, and which is subject to information chaos”. – Aidan White

I met Aidan White, the founder and President of the Ethical Journalism Network, which seeks to promote ethical journalism and good governance, during a policy dialogue organised by the European Policy Centre on Wednesday, 6 February. The event sought to draw attention to the link between migration and the significant rise of populism in Europe. During an interview, I had the chance to ask him further questions about his thoughts on disinformation, trust, Artificial Intelligence (AI), media, migration, and populism.

Mr. White described the current public opinion on information as encompassing two contradictory forces. One section of the public will believe everything that Twitter or Facebook offers, while the other section refuses to believe anything, even when it is based on good research. Digital transformation has led to more liberated ways of communicating, including more disinformation and a decline in credibility of established big political parties and news outlets. Moreover, the general public has less regard for facts and, for them, journalism is no longer led by elitist and arrogant professionals who tell us what we are going to think: “Instead, everyone can now tweet and blog.”

A polarized debate
The issue of migration is only one, albeit maybe the best example for this. “The migration crisis came at the worst time in Europe – a period when economic austerity was really impacting hard upon the people in Europe,” said Mr. White. “A polarized debate developed. People who had legitimate concerns about their future were considered ignorant and racist, while people who did not have these concerns were condemned as completely insensitive to the realities of how things were”.

Mr. White did not see this debate as having been caused by media: “I think on the whole journalism performed well. There was a great focus on the humanity and of course, also on the numbers. But it is an enormous crisis and one cannot get away from it”. He further argued that it was not the media that has generated the hatred, discrimination and scapegoating of migrants: “We have to put the blame where it belongs – and that is in the populist, right-wing politicians and parties that have developed because of the conditions in which the crisis took place”.

Clear regulation of the Internet
“We desperately need to start rebuilding the structure for a stream of information which is reliable and which the public can trust,” continued Mr. White. “And for me, that’s good journalism.”

One of the attempts to rebuild good journalism has come from the European Commission which  adopted a code of practice (CoP) against disinformation in September 2018. Signatories that have agreed to voluntarily measure their progress in the fight against fake news include traditional media and social media organisations, such as Facebook and Twitter, and Google.

While Mr. White supports the establishment of the code, he also calls for safer and more compulsory regulation of the internet: “We live in a world which is full of information and which is completely dominated by enormously powerful technology companies who control this information and have no intention of entering into good faith agreements to regulate themselves.”

Mr. White regards the European Union as the world’s leader in trying to deal with this: “The General Data Protection Regulation is unquestionably the most important development in recent years. There is a lot of controversy about the copyright directive and I understand why, but the directive is underlining an important principle: If you use somebody’s creative work you have to pay for it.”

A Democratic deficit
Apart from the European Union, Mr. White highlights the role of other non-governmental actors that can support to design regulations and to re-establish trust. One example of initiatives on the global regulatory front is the journalism trust initiative by Reporters Without Borders. They are developing what they might call the standards for ethics. The purpose is to develop an industry driven, professionally driven, form of self-regulation in which media companies themselves analyze their behaviour and their commitment to standards of good journalism. Like the code of conduct, this is on a voluntary basis but, the point is that it will be subject to review, explained Mr. White. When companies don’t keep to their promises, they must be removed from the list of certifications.

Another threat that makes this important is related to finances. “Journalism has run out of money,” said Mr. White. “There is a democratic deficit that has been created by the lack of information about what’s happening in society. The journalism trust initiative is a good way of being able to identify media that can be trusted and should receive public support.”

A golden age for journalism
Concerning Artificial Intelligence (AI), Mr. White seemed very positive. “AI will strip away what I would call low grade work – the input for basic financial or sports reports – but actually give us the opportunity to fulfill our journalistic ambitions. AI is making journalism more efficient, making it faster, and it is making it more accurate”.

However, Mr. White also acknowledged that there are certain challenges concerning AI. First, the technology is only as useful as the data that is put in. If that data is biased, so are the outcomes. Moreover, he argued that AI gives us the chance to create a new form of journalism which he referred to as hybrid journalism: “We have the machines not just controlled and input by, but monitored and developed, by real-life journalists because they have social intelligence, something a machine does not possess”.

Mr. White concluded that we need to respect the importance of journalism but more than anything we need to respect the importance of journalists. We need pay them more money and give them more opportunities to train. According to him, “we have a great future for journalism but only if we invest in journalists to do the work. With the proper use of AI, journalism could enter the first golden age in which we’re really able to use and find out about information”.