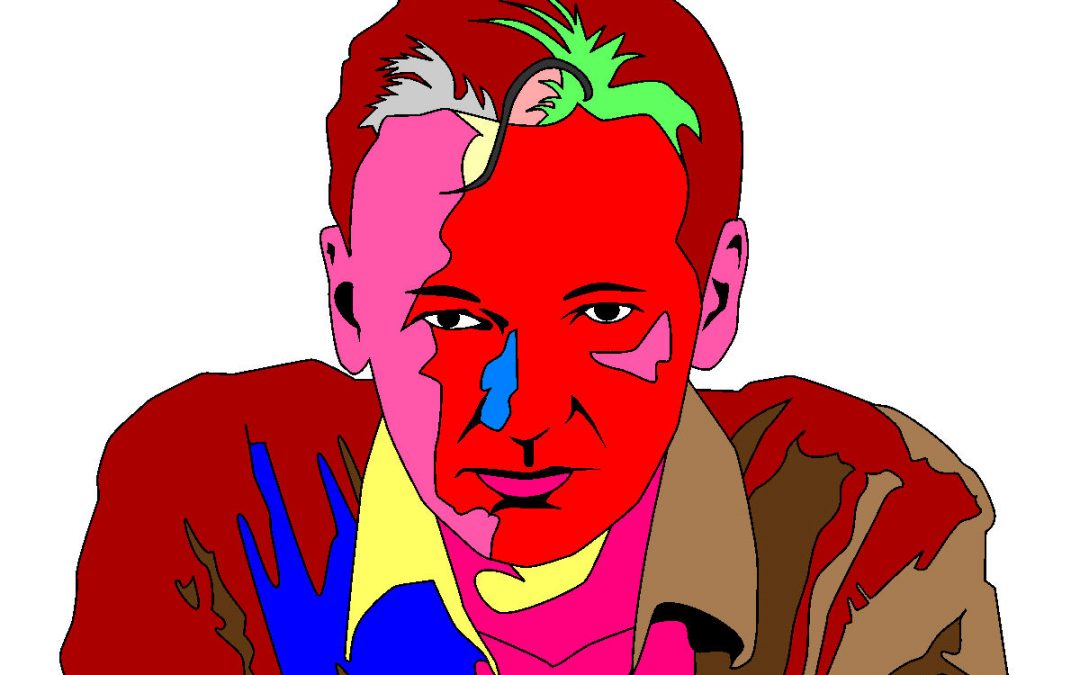 Protecting media freedom is a core principle and purpose of the Association of European Journalists. The in-depth Report ‘Democracy at Risk’, which the AEJ and other partner organisations of the Council of Europe’s Safety of Journalists online platform published in February, showed that press freedom across Europe is now more fragile than at any time since the end of the Cold War.

The US bid to extradite Julian Assange from London has far-reaching implications for press freedom and the public’s right to know — but also for public trust in journalism.  A commentary by AEJ Media Freedom Representative William Horsley:-

The possible extradition of Julian Assange to face criminal charges in the USA following his expulsion from the Ecuadorian Embassy in London could lead to a dangerous precedent that would severely damage the cause of press freedom. But Assange’s deliberate disregard for the ethical tenets of journalism and the unresolved sexual offences accusations against him make this more complex than a straight contest between press freedom and government secrecy.

A British court has found Assange guilty under UK law of breaking his bail conditions when he fled to the Ecuador Embassy in 2012. On May 2 he is due to face an extradition hearing to the US based on a charge of conspiring to break into a Pentagon computer to steal classified data. It remains unclear whether or not the Swedish authorities may also seek Assange’s extradition there to face accusations of sexual offences which Assange has denied and which date back to 2010 but were dropped while Assange had asylum in the embassy.

Global public opinion is divided for or against Mr Assange because of the publication by Wikileaks of vast amounts of raw US military and diplomatic secrets, and the finding of the recent Mueller Report in the US that Assange helped Russia to influence the 2016 presidential election by publishing Democratic Party emails hacked by Russian military intelligence in order to damage Hillary Clinton’s campaign.

The publication of the US ‘war logs’ from Afghanistan and Iraq, obtained by Wikileaks from Bradley (later Chelsea) Manning, a military intelligence analyst, and published in coordination with leading US and European newspapers, served a critically important public purpose by revealing shocking abuses including the video which Wikileaks called ‘Collateral Murder’. It showed the crew of a US helicopter targeting and killing unarmed civilians in a Baghdad street. Among the dead were two Reuters journalists. The video shone a spotlight on the Pentagon’s routine attempts to conceal that and other incidents which human rights groups say might amount to war crimes.

But later Julian Assange recklessly published thousands of US diplomatic cables on the Wikileaks website without editing out the names of vulnerable people such as Afghans who had worked for the Americans, possibly putting their lives at risk. And his actions in releasing hacked Democratic Party emails and allegedly promoting falsehoods to discredit Hillary Clinton’s presidential campaign led many former supporters to denounce his actions.

Assange’s lawyers fear that if he is sent to the USA additional charges may be brought there leading to very severe penalties. They say, too, that he would not get a fair trial in America because his case is so politicised. The Amecian extradition bid represents a hardening of the stance of the US government. President Obama decided against seeking to extradite him and freed Chelsea Manning by commuting his lengthy jail sentence. Against that Mike Pompeo, when he was President Trump’s CIA Director, condemned  Wikileaks as a ‘non-state hostile intelligence service’; and now Chelea Manning is back in jail for refusing to give further evidence to a secret grand jury investigation into Wikileaks.

The Guardian, which played a leading part in selectively publishing many stories based on Wikileaks’ early troves of US classified materials, has said it strongly disagrees with Assange’s bulk-publishing of unredacted classified documents. But it also says that to extradite Julian Assange to the USA would be a dangerous precedent, putting at risk the press freedoms protected by the First Amendment. There are genuine fears that it would be seen as an endorsement of strongarm governments’ desire to penalise every journalistic scoop based on classified material – even exposes of serious corruption and human rights abuses.

Much is at stake for journalists and the future of the public’s trust in journalism as a force to hold state power to account. Julian Assange chose self-promotion and causing maximum embarrassment to the US over the rigours of journalism that is demonstrably in the public interest. And his actions have contributed to the drafting of laws in many countries to strictly regulate the content of online platforms, with the growing risk that governments themselves will increasingly seek to decide what is and is not fit to print, setting aside the essential protections of free speech and press freedom in international law. Such decisions must be for journalists and editors to decide, not for state authorities.

The publication of the Afghan and Iraqi war logs was another landmark in the struggle for press freedom and  for peoples’ right to know what a government does in their name, like the publication of the Pentagon Papers in the 1970s and Edward Snowden’s revelations about unlawful surveillance activities by the US and other intelligence agencies in 2013. However, as the New York Times wrote, a clear distinction must be made between “journalists exposing abuse of power through leaked materials and a foreign agent seeking to undermine the security of the USA through theft or subterfuge.”