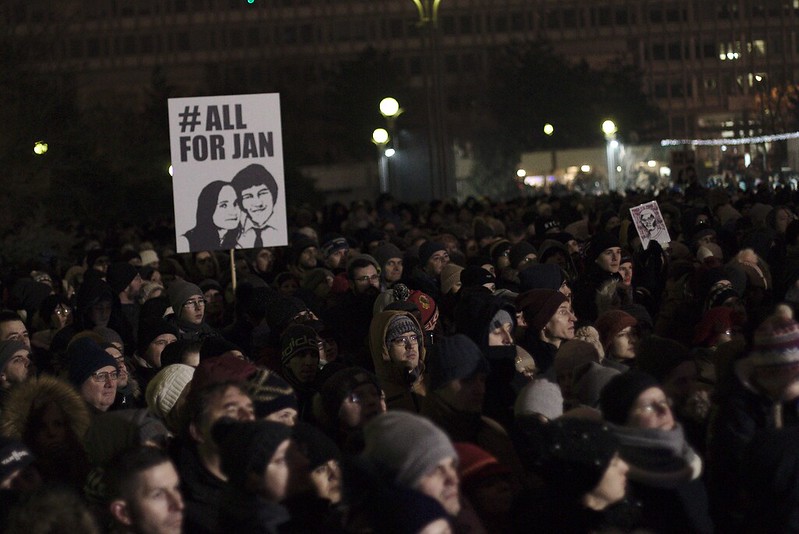 Statement of the Slovak Section of the Association of European Journalists – Bratislava, 4 September 2020.

The Association of European Journalists, Slovak Section, is sadly appalled at the ruling of the Specialised Criminal Court in Slovakia, which acquitted the two main accused in the process with parties to the premeditated murder of journalist Jan Kuciak  and his fiancee Martina Kusnirova in February 2018. Businessman Marian Kocner and his associate Alena Zsuzsova were accused  of having contracted and facilitated the murders. The court sentenced only the two perpetrators and one mediator of the criminal act, while releasing those who contracted the killing on insufficient evidence.

The Court Senate claims that no direct evidence exists against both the accused in the case, but only indirect evidence. The ruling is not definitive, however, and the Supreme Court of the Slovak Republic will rule on the appeal. We should therefore wait on the final outcome of the process.

The Association of European Journalists, Slovak Section, respects the principles of a state of law and the presumption of innocence. If it is true that the evidence presented in the case is insufficient to prove the contracting parties of the murders, the murder investigation should continue on the level of both the police and prosecutors. We must ask the question as to why more evidence was not collated and why the special police team investigating this hideous crime was prematurely dissolved. There are strong grounds to believe that those at the top of the chain ordering the killings will evade justice. Journalists in Slovakia will endeavour to continue monitoring the activities of the police and prosecutors in the case, which continues to traumatize the whole of Slovak society. They are also determined to continue exposing illegal activities and corruption.

Marian Kocner is well-known in Slovak society as a notorious abuser of rights, suspected of organizing extensive and systematic corruption in the justice system. Based solely on the investigation of the murder of Jan Kuciak and Martina Kusnirova, the police have been able to acquire extensive evidence of corruption in the courts, which led to the arrest and charging of several judges. According to the charges, Marian Kocner would allegedly arrange rulings, trade in discrediting information, monitor journalists and even give orders to the former Prosecutor General of the Slovak Republic, with whom he was friends. All of this was exposed after the murder of Jan and Martina.

We justifiably ask if Marian Kocner and his associate were not the contracting parties and organizers of the murders of the two young people, then who was? This question remains unanswered and as long as the criminal and judicial authorities are not able to answer it, our society will not shed the deep mistrust of the legal system in Slovakia.

The victims’ parents, their nearest and dearest, and our whole society, deserve to see justice being done against those who ordered and arranged the murder of Jan Kuciak and Martina Kusnirova. It is also in the interest of morally cleansing the whole of Slovak society.