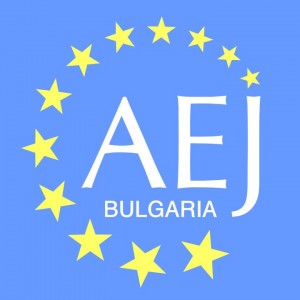 The Association of European Journalists condemns the violent assault by police officers on a journalist covering anti-government protests in Sofia on Wednesday.

Dimiter Kenarov, a freelance journalist and writer, was detained and beaten up by police late in the evening when tensions between protesters and police escalated.

AEJ-Bulgaria said in a statement that Kenarov was wearing a mask marked “PRESS”. He also repeatedly identified himself as a journalist and showed the police his press card, but the officers dragged him across the pavement and handcuffed him. They ignored his cries that he “could not breathe” and brutally kicked him in the head and face. Later the journalist posted online photographs showing signs of his injuries and facial bruising.

Kenarov was kept handcuffed for hours before being taken to a police station. He was released around 4:30 am on Thursday.

At least one other journalist was also a victim of police violence. Officers hit Nikolay Doychinov, Sofia-based photojournalist for Agence France-Presse, in the back with batons and damaged his camera.

Earlier on Wednesday several journalists and television crews were sprayed with pepper gas when clashes  between riot police and protesters broke out. Nikolay Minkov, a reporter at Bulgarian National Television, the public broadcaster, fainted in the morning after suffering the effects of the gas.

Police violence against journalists documenting protests in the country is unacceptable. The AEJ calls for a thorough and transparent investigation into every case of the use of  excessive force against journalists We call on authorities not to target journalists who are covering the protest and ensure that they can fulfil their professional duties freely and safely. The Association of European Journalists will continue to monitor excessive use of force by the police during demonstrations.